At Buurst SoftNAS, we’ve configured over 1,000 Amazon VPCs for companies of all sizes: small businesses, Fortune 100 companies, and everything in between. When you’ve worked on this many AWS VPC designs and configurations, you learn a lesson or two about getting optimal results.

From this experience, we’re sharing AWS VPC best practices to help you with your AWS VPC deployment.

The very first Amazon VPC best practice is to organize your AWS environment. We recommend that you use tags. As you continue to add instances, create route tables and subnets, it’s nice to know what’s connects with what. And the simple use of tags will make life so much easier when it comes to troubleshooting.

Make sure you plan your CIDR block very carefully. Go a little bit bigger than you think you need, not smaller.

Remember that for every VPC subnet that you create, AWS takes five of those IP addresses for subnet. So when you create a subnet know that off the top there’s a five IP overhead.

Avoid using overlapping CIDR blocks— at some point, if not today but maybe down the road, you may want to pair this VPC with another VPC, and if you have overlapping CIDR blocks, the pairing of VPCs will not function correctly, and you’re going to find yourself in a configuring nightmare in order to get those VPCs to pair.

Try to avoid using overlapping CIDRs, and always save a little bit of space for future expansion. There’s no cost associated here with using a bigger CIDR block, so don’t undersize what you think you may need from the IP’s perspective – just to try to make it clean and easy.

Design your subnets lead to success. What is your AWS VPC subnet design strategy going to be?

One of the best practices for AWS subnets is to align your VPC subnets to as many different tiers as possible, such as DMZ/Proxy layer, ELB layer if you’re going to be using load balancers, application or database layer. Remember, if your subnet is not associated to a specific route table, then by default it’s going to the main route table. I’ve seen so many cases where people create a route table, and they’ve got a subnet, but they haven’t associated the subnet to the route table when they thought they did, so the packets aren’t flowing where they think they’re flowing.

Put everything in a private subnet by default and use either ELB filtering and monitoring type services in your public subnet. You can use NAT to gain access to public networks. We highly recommend, and you’ll see this later, that you use a dual NAT configuration for redundancy. There are some great cloud formation templates that are available to set up highly available NAT instances and make sure that you size those instances properly for the amount of traffic you’re going to actually push into your network.

You can go ahead and set up VPC peering for access to other VPCs within your environment or maybe from a customer or a partner environment, and I highly suggest leveraging the endpoints for access to services like S3 instead of actually going out either over a NAT instance or over an internet gateway in order to gain access to services that may not live within the specific VPCs. They’re very easy to configure, and they’re actually much more efficient and have lower latency by leveraging an endpoint than actually going out over a NAT or over an internet gateway to gain access to something like S3 from your instance.

Control your access within the AWS VPC. Don’t cut corners and use a default route to the internet gateway. We see a lot of people that do this, and it comes back to cause them problems later on. We mentioned to use redundant NAT instances. There are some great cloud formation templates available from Amazon on creating a highly available redundant NAT instance.

The default NAT instance size is an m1.small, which may or may not suit your needs depending upon the amount of traffic you’re going to use, and I would highly recommend that you use IAM for access control, especially configuring IAM roles to instances, and remember that IAM roles cannot be assigned to running instances. It has to be set during instance creation time, and using those IAM roles will actually allow you to not have to continue to populate AWS keys within the specific products in order to gain access to some of those API services.

How does SoftNAS Cloud NAS fit into AWS VPCs?

We have a highly available architecture from a storage perspective, leveraging our SNAP HA capability, which allows us to provide high availability across multiple different availability zones. We leverage our underlying secure block replication with SnapReplicate, and we highly recommend using SNAP HA in a high-availability mode which would give you a no downtime guarantee, plus a five nine uptime, and also it’s important to remember that Amazon provides no SOA unless you run in a multi-zone deployment, right? So a single AZ deployment has no SLE within AWS.

You can configure SnapReplicate between the two instances which will provide you the underlying block replication, and then what happens is that the elastic IP address that’s considered to be the VIP IP address is assigned to whatever’s the primary controller, and whatever services you have from an NFS, CIFS or iSCSI perspective will actually mount or map drives to that elastic IP address, and then if there is a failover or failure of the storage instance.

The second mode is to use a private virtual IP address where both SoftNAS Cloud NAS instances actually live within a private subnet and don’t have any access out, and what you would actually do there is it’s the same underlying SnapReplicate technology and monitoring technology. However what happens here is you actually pick a virtual IP address that is outside of the CIDR block of your AWS VPC, your clients map to it, there’s an entry that’s automatically placed into the route table, and should a failover occur we’ll update the route table automatically in order to route the track properly to the proper controller that should be the primary at the time. This is probably the more common way of deploying SoftNAS in a highly available architecture.

The SoftNAS support team sheds some light on common mistakes they see when it comes to Amazon VPC configuration. Read on to understand what you should avoid.

Another common error is that one of the health checks we actually perform is to do a ping between the two instances, and the security group isn’t always open to allow the ICMP health check to happen. This will cause an automatic failover because we can’t gain access to the other instance. We do actually leverage an S3 bucket here in our HA deployment as a third party witness, so if you deploy SoftNAS as your private subnet, we do need to gain access to the S3, either via NAT or the configuration of an S3 endpoint within the VPC.

And again, as I mentioned just a few moments ago, for private HA, a virtual IP address must not be in the same CIDR of the AWS VPC. So if your CIDR is 10.0.0.0/16, then you need to pick a virtual IP address that doesn’t fit within that subnet, so say 50.0.0.0.1 would work in that particular case or whatever works for you best, but it cannot fall within the CIDR block of the AWS VPC, or the route failover mechanism that we’re leveraging will not function properly.

SoftNAS Cloud NAS is a powerful enterprise-class, virtual storage appliance that works for both public, private and hybrid clouds. It’s easy to try, easy to buy, and easy to learn and use. You have freedom from platform lock-in, and it works with the most popular cloud computing platforms including Amazon EC2, VMware vSphere, CenturyLink, Microsoft Azure. Our mission is to be the data fabric for businesses across all types of cloud, whether private, public or hybrid.

We have a couple of different products that we can leverage. Our first is our SoftNAS Cloud NAS cloud product which runs on your public clouds, which is a NAS filer for public clouds. We have our cloud file gateway which is for on premise use to connect to cloud-based storage. We also have SoftNAS for service providers. Which is our multi-tenant NAS replacement for service providers that leverage iSCSI and object storage.

We’re sharing the questions that came from the attendees of our webinar on AWS VPC best practices, and our answers to them. You may just find your own questions answered here.

Our goal here was to pass on some of the lessons that we’ve learned from configuring AWS VPC deployments for our customers. As you’re making that journey to deploying in the cloud or you’re already operational in the cloud, maybe you’ve saved some time tripping over some of the obtsacles that other customers have faced. 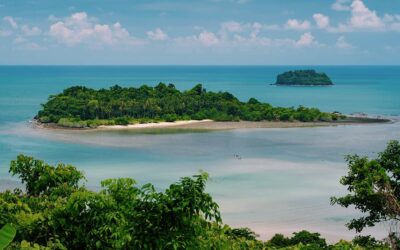 Islands in the Stream

END_OF_DOCUMENT_TOKEN_TO_BE_REPLACED 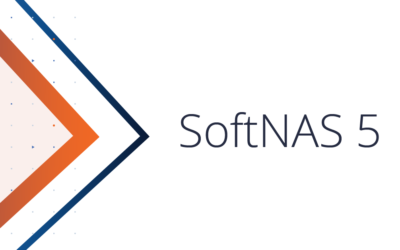 Buurst is pleased to announce the launch of SoftNAS 5, our industry leading Cloud NAS solution built for AWS, Azure and VMware platforms.  SoftNAS...

END_OF_DOCUMENT_TOKEN_TO_BE_REPLACED 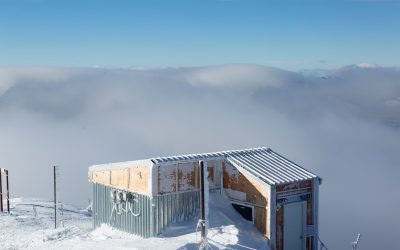 Cloud to Edge Data Distribution Over High-Latency and Satellite Networks

Background Over the past 8 years, we have seen more than an exabyte of data migrated onto the leading public cloud platforms. This makes public...

END_OF_DOCUMENT_TOKEN_TO_BE_REPLACED
Try SoftNAS at no cost